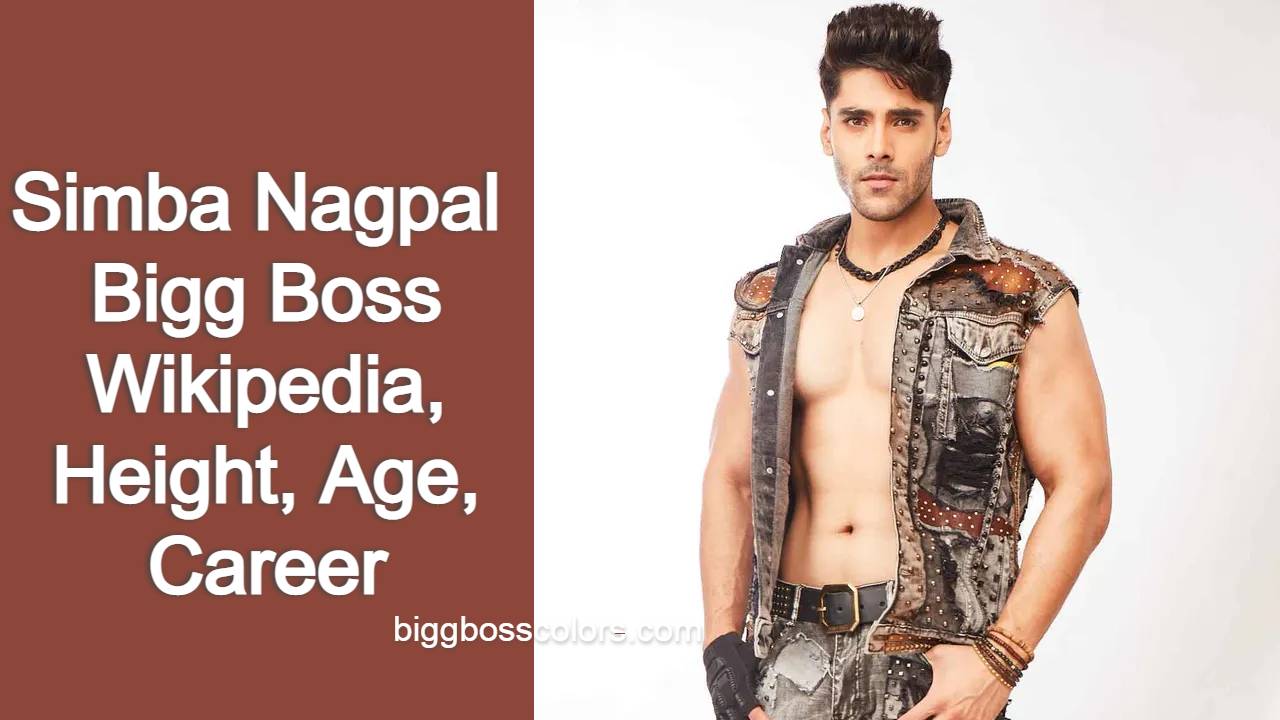 Simba Nagpal Bigg Boss Biography: Simba Nagpal is an Actor and Model, who works predominantly in Hindi Industry. he was born on Wednesday, 25th September 1996 in New Delhi, India. According to sources, his father passed away when he was a child. He did his schooling from Sushant School of Art and Architecture, Gurgaon and then completed his graduation from Ansal University, Gurgaon.

Simba Nagpal started his career with modeling and worked in many fashion shows. In 2018, he made his debut in the Hindi television industry with ‘MTV Splitsvilla Season 11’ and was ranked 9th. then he participated in the auditions for ‘MTV Roadies Real Hero’ and passed the auditions. However, he was thrown in the Kalinga round.

In 2020, he made his acting debut with ‘Shakti-Astitva Ke Ehsaas Ki’, in which he played the role of Virat Singh. and In 2021 he is the contestant of Bigg Boss Season 15.

Simba Nagpal was born on Wednesday, 25 September 1996 (age 25 years; as in 2021) in New Delhi. His zodiac sign is Libra. He did his schooling in New Delhi, and to pursue architecture, he went to Sushant School of Art and Architecture, Gurugram.

The 15th season of TV’s world’s most controversial reality show ‘Bigg Boss’ has started. Cool dude Simmba Nagpal is one of the most talked about contestants in the show. As Salman Khan said on the show’s stage, Simmba Nagpal is a famous actor in the world of TV. He also does modeling. He has participated in everything from ‘Roadies’ to ‘Splitsvilla’. Along with his body physique, he is also often in discussion about his love life. But the most interesting thing is that this boy is a resident of Delhi.

Simba was born in a prosperous Hindu family. He is a devotee of Lord Shri Ganesh and also worships him. His entire family also believes in Hinduism. Simba Nagpal’s father’s name is not known and his mother’s name is also not known.

Simba’s father died when he was only 12 years old. His father was also a national level boxing champion. After the death of his father, he lives with his mother and is very close to his. Apart from his mother, there is no information about his siblings in Simmba’s house.

Simmba Nagpal’s marital status is unmarried and he has had an affair with Splitsvilla contestant Monal Jagtani. Simmba met Monal on the sets of Splitsvilla 11. He is in the discussion about his body as well as his love life. Currently, he is participating in Bigg Boss 15 as a contestant.

Simba Nagpal is rumored to be in a relationship with actress Monal Jagtani.

Talking about the total assets of Simba Nagpal, his total assets are around ₹ 5 crore to ₹ 7 crores. His main source of earning is acting. Apart from this, he has also worked in some TV commercials from which he has earned a good amount. Apart from this, he promotes many brands from his Instagram account for which he charges thousands of rupees. Simmba also owns a BMW 330i luxury car, which he prefers to travel with.

Simmba Nagpal is an Indian model and actor. He is best known for playing the role of ‘Virat Singh’ in the television show ‘Shakti – Astitva Ke Ehsaas Ki’ (2018) on Colors.

Simmba Nagpal made his TV debut at the age of 22 with ‘Splitsvilla 11’. His charming personality in this dating show made many beauties crazy about him. Not only this, Simmba was compared to Salman Khan in this show. Simmba’s physique was compared to that of Salman Khan. After ‘Splitsvilla’, Simmba auditioned for MTV’s show ‘Roadies Real Heroes’ in 2018. He was also selected, but his journey in this show was not long. A year later, in 2019, Simmba entered the character of Virat Singh in TV’s popular show ‘Shakti: Astitva Ke Ehsaas Ki’. However, now he has said goodbye to the TV serial to participate in ‘Bigg Boss 15’.